Scene:bluss – The Hellmouth edition
back 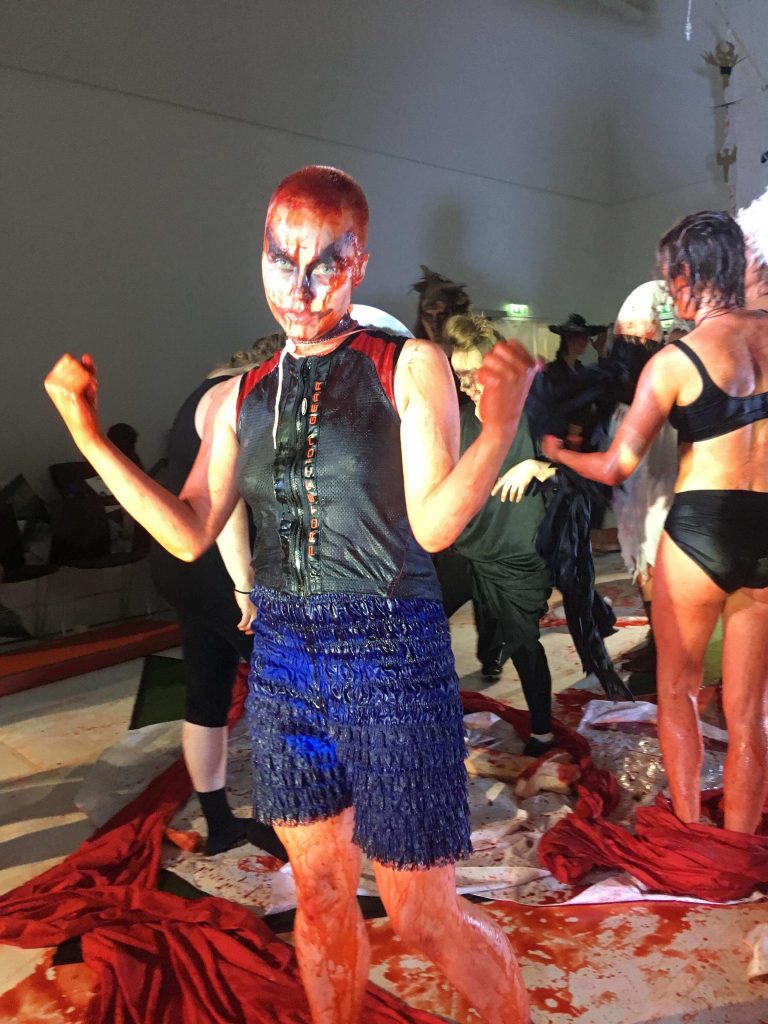 Scene:bluss – The Hellmouth Edition was a project based on the cult TV-series Buffy the Vampire Slayer.

In June 2018, the small Norwegian town Porsgrunn became Sunnydale. A group of 20 artists became the Scooby-gang, the demons, the helpers and the betrayers in producing a total art piece, a 10-hour live performance. We built weapons, threw curses, incarnated demons, made a musical, a silent movie and died repeatedly.

The project was initiated by Alexandra Tveit and Marie Ursin and took place from the 4th to 17th of June 2018 at Kunsthall Grenland in Porsgrunn, Norway.