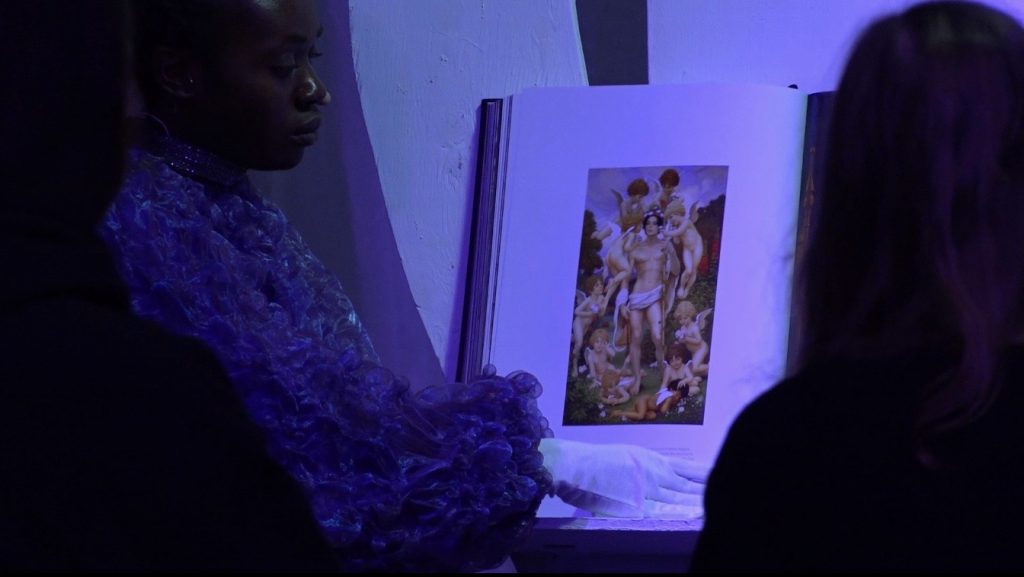 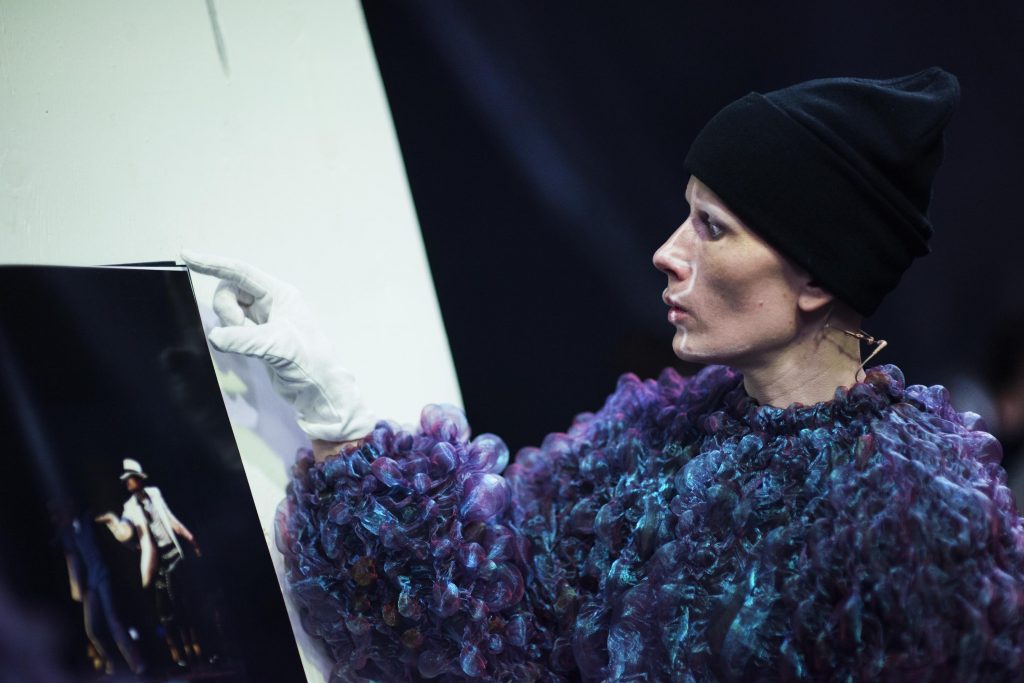 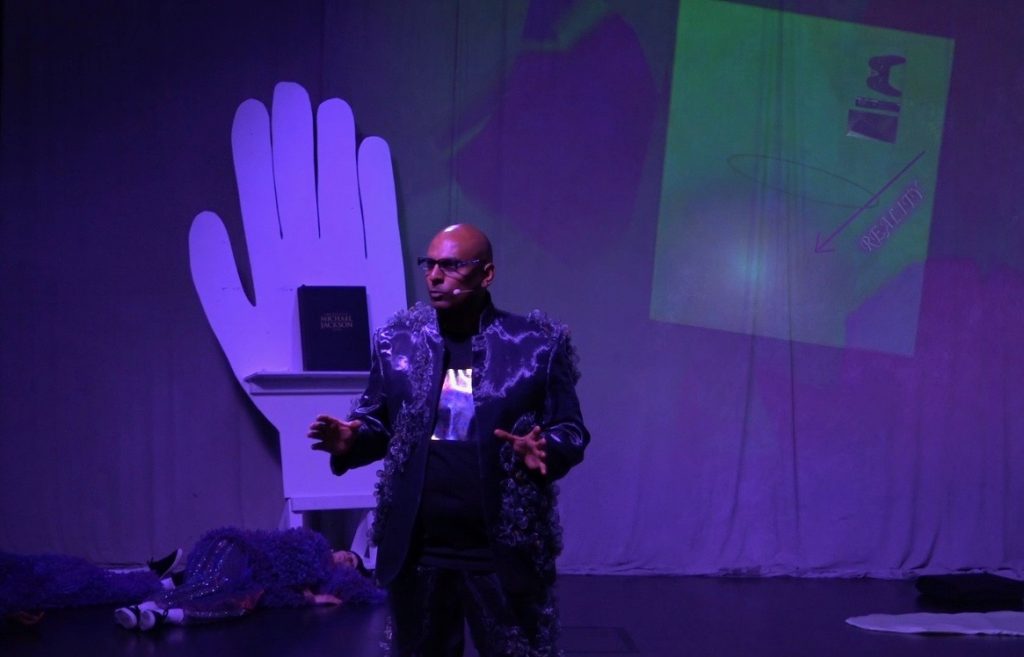 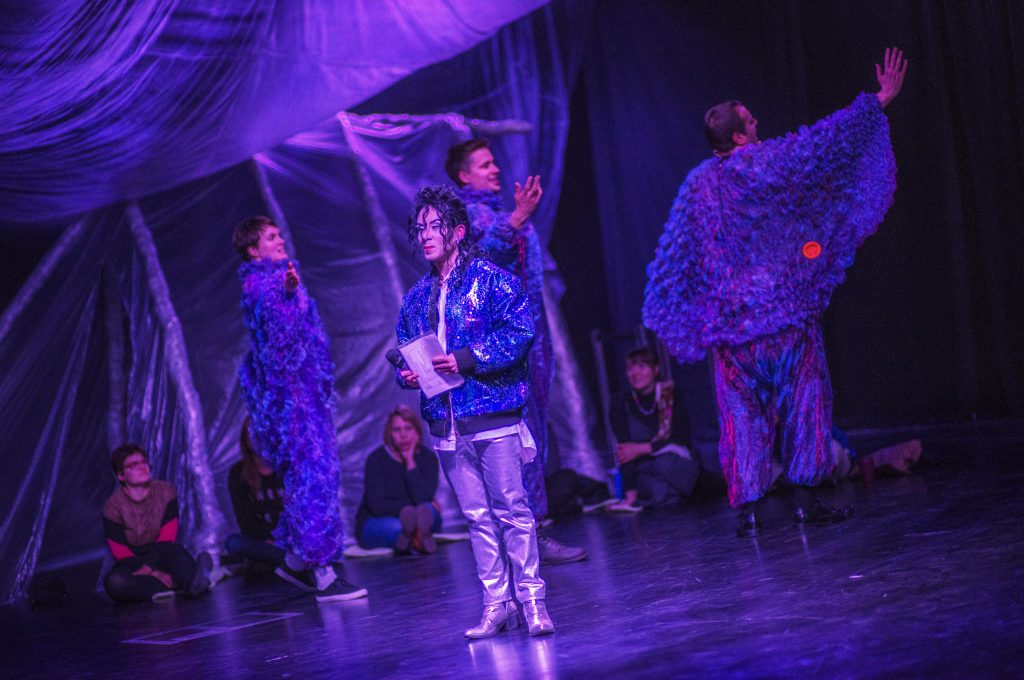 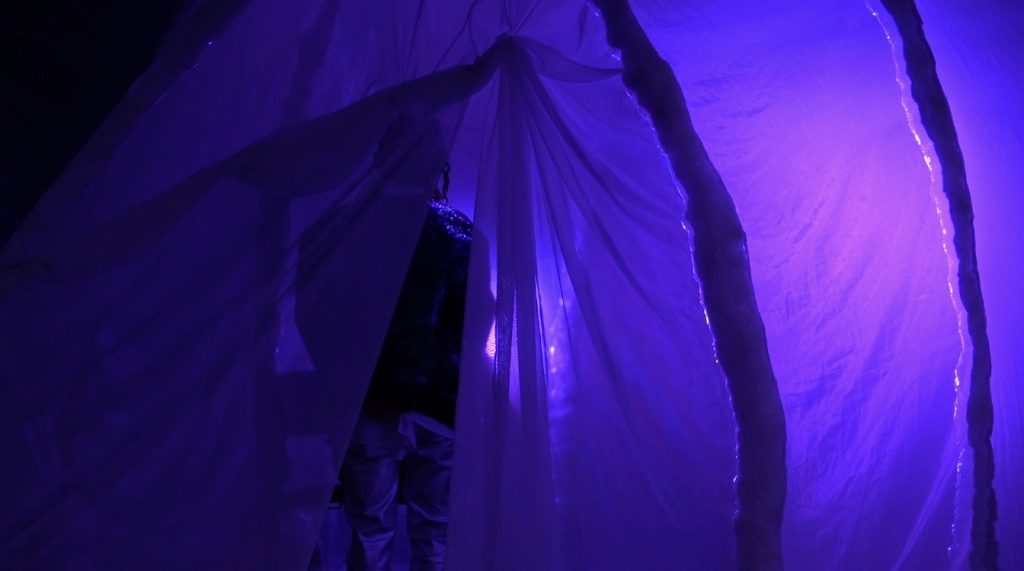 AFTERLIFE is a simulation of Michael Jackson’s afterlife in the era of major pop deaths; a daring and hallucinatory get-together, creating a space for a joint voyage into the post-mortem consciousness of Jackson.

AFTERLIFE is a cut in the multiverse. It offers a one-time chance to step into a parallel spacetime and to meet Jackson’s spirit eye to eye.

AFTERLIFE reaches into the other side so we would momentarily feel what it’s like to be inside the head of a controversial pop star and just how beautiful it is to be free of selfhood. 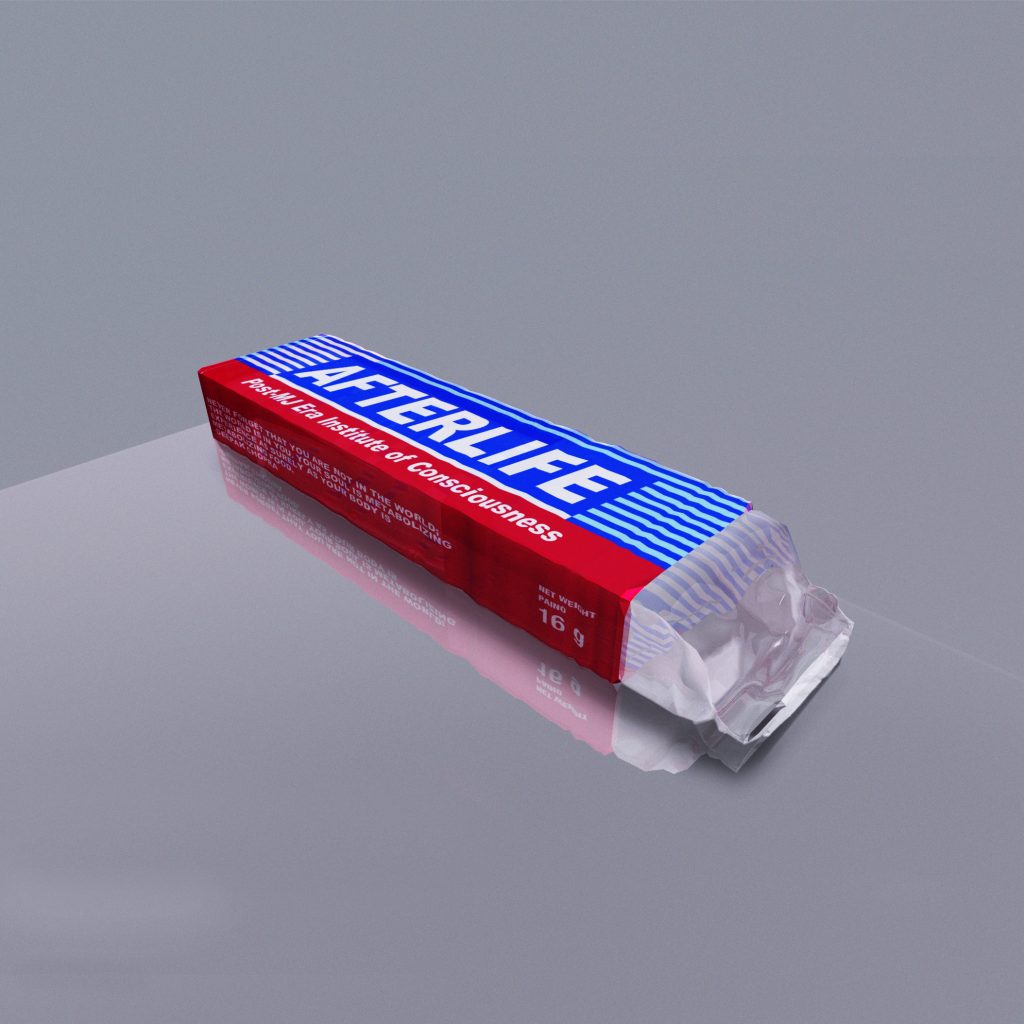 AFTERLIFE was performed in Helsinki on the 15th and 16th of November 2017 in the frame of Baltic Circle Festival. The work was supported by Kone Foundation.